Johnny Monsarrat and the Frozen Hill 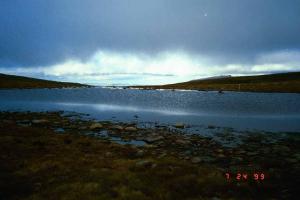 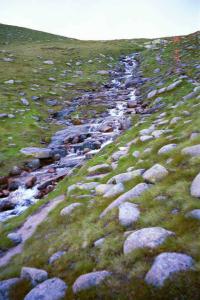 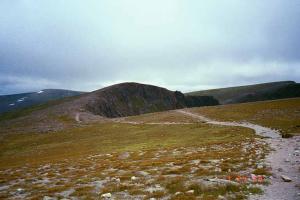 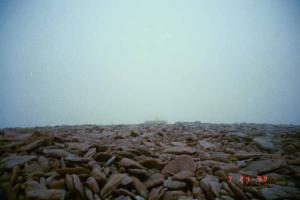 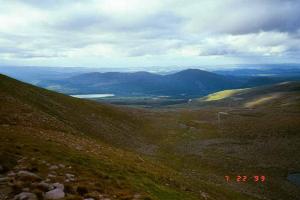 I parked my car, walked to the end of the path, and scrambled over the field of boulders past the beautiful icy hillside and its lake. More than halfway up, I stopped to take a photo of a mountain lake and noticed the setting sun. Summer brings the longest days of the year, but it’s not forever. I had allowed my frustration — not at Amy, but at the situation — to put me into a foolish place. Then, even more foolishly, I decided to push myself as hard as I could to reach the peak. I couldn’t turn around again.

Scrambling with all my energy, I reached the peak at 9:30pm. I had not seen a single person on the way up and was certain that I was utterly alone. It was just Johnny Monsarrat and the mountain. The sun had set a half hour before, and clouds descended overhead. The wind was bitter and even without a windchill factor it was below freezing. Even the parking lot well behind me was below the treeline, so here at the peak the landscape was as barren as the moon, with no possibility of shelter. I stood atop piles of smooth rocks scoured by the wind. The light was too dim for me to make out color. I was losing the light, and I doubted that Amy would be any more precient than I had been, to think to call for help on my behalf. I had insisted to her that I would be all right. I could hike by moonlight, if I had to.

It was then that I realized how hazardous my situation was. Descending clouds blocked any hint of light from the sky. With my winter coat, I was warm as long as I was moving. But without light, I wouldn’t be able to move. My disposable film camera was out of photos so I couldn’t use the flash. I would be trapped on the mountain. I had no cell phone — my American phone wouldn’t have worked here — and expecting a short day hike on a clear path, I had no compass, no map, no food or water. It was a four-hour hike down, and I had 90 minutes before going completely blind. I began to run.

When you’re descending a mountain, you don’t have to take normal steps. You can bound like a giant, hopping in a controlled fall from one footfall to the next. Down, down I zipped as fast as humanly possible, well beyond my physical limits. In the dim light this was extremely dangerous. As I leapt, taking pounding breaths that weren’t refreshing me, I knew that any misstep could result in a fall and a broken ankle. Then I would really be trapped.

After nearly an hour’s headlong race, I realized that I was not going to make it. It took all of my night vision — thank goodness for blue eyes, which let in more light than brown — to see my steps and even that was failing. The path was too far. There was no way that I could get back to the field of boulders and somehow scramble back to the parking lot. That’s when I came to a fork.

The main path lay straight ahead of me, but the fork as best I could tell would be a short cut. This was it. Either I would take the main path and most likely have to spend the night here, or I could take the fork.

I took it. Now I was lost on the mountain and would be blind in 30 minutes.