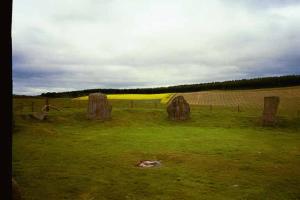 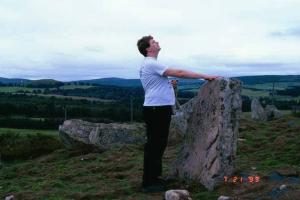 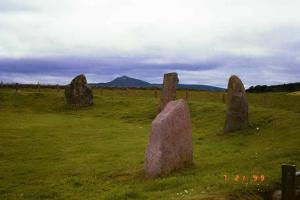 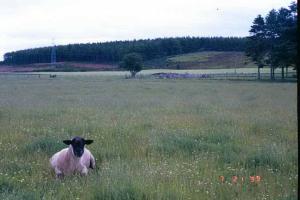 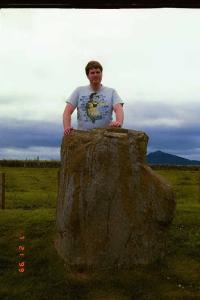 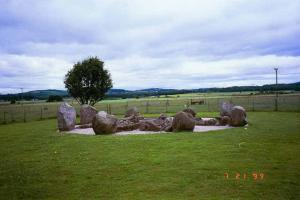 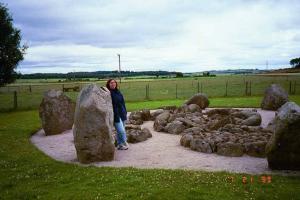 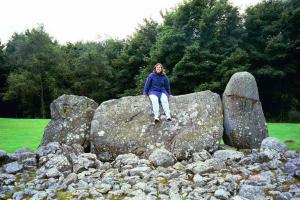 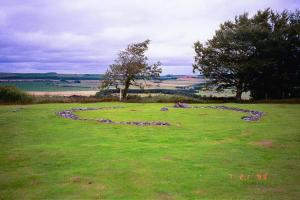 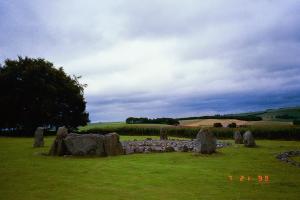 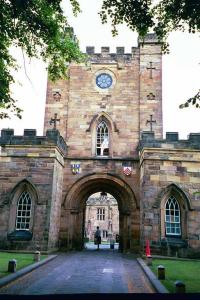 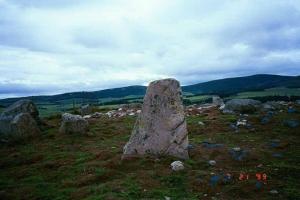 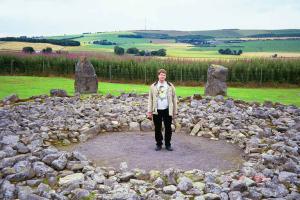 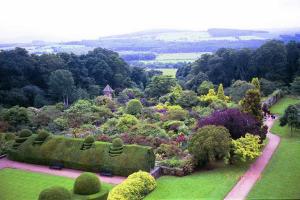 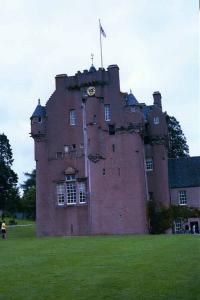 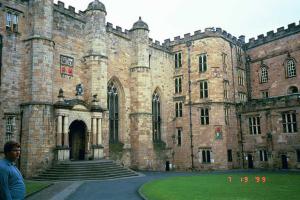 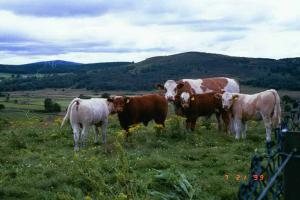 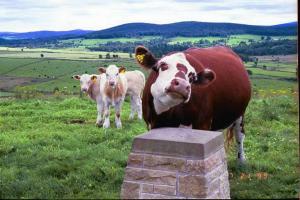 We continued north through York and into Scotland, visiting just one more castle and crossed the hedge mazes and other destinations off of our trip list. Instead, we decided to explore stone circles. It’s not just Stonehenge out there. At a museum, we printed a list of hundreds of stone circles, barrows, and mounds dating from ancient Britain. Many of these ancient structures were very small and went unnoticed until recently, and some were still being discovered by satellite imaging and airplane views. So people just built around them, none the wiser.

Thus we found a tiny underground hole right in someone’s front yard. I didn’t venture in, not wanting to feel trapped. We found a stone circle in the graveyard of a church, and another in the middle of a pasture. The pasture was fenced off and looked mucky, but I was determined to get a photo, so I ventured onto private property — sorry! — and sure enough, the cow pasture was full of manure. That should have been a much bigger deterrent than the fence, but I was still pushing myself, apparently. Surely a theme of the Johnny Monsarrat life is that I ignore my body’s needs when something looks awesome to try.

While driving on the “wrong side of the road”, we kept running into cows and sheep, including at Hadrian’s Wall, roaming the countryside! They tend to look at you as though both curious and dumbstruck. It’s very cute. We even had a herd of reindeer cross the road in front of our car!