Johnny Monsarrat stuck on a mountain 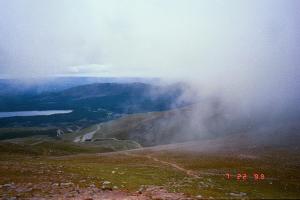 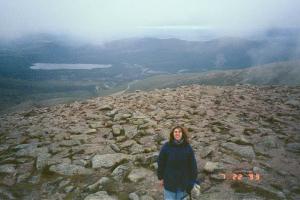 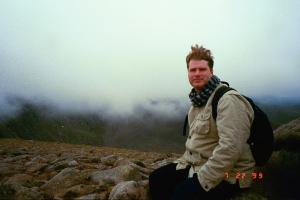 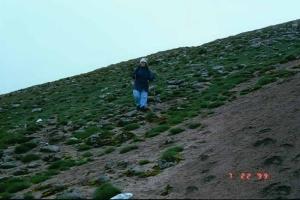 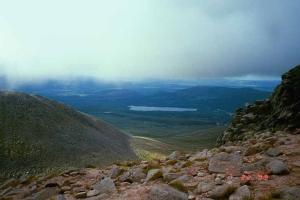 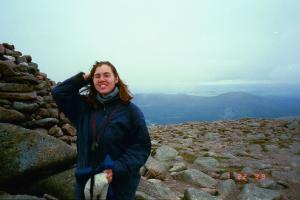 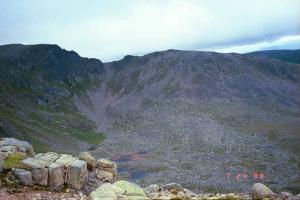 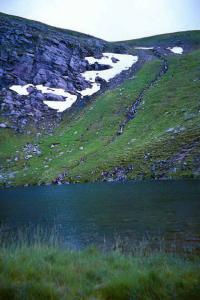 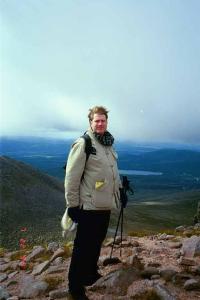 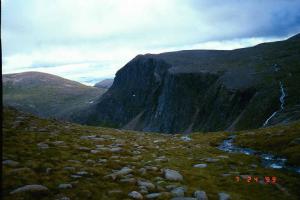 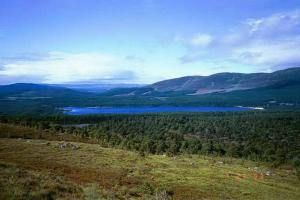 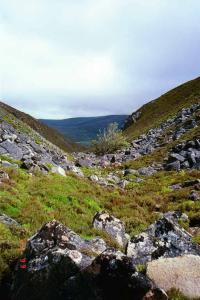 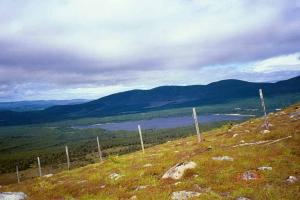 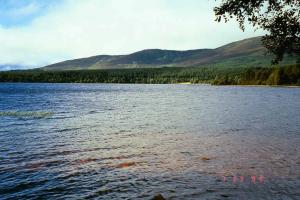 Again trying to avoid a generic tourist experience, we ended up hiking the Cairngorm mountains of Scotland. Being trapped and blind up here was the furthest thing from my mind. Cairn Lochan, at 3990 ft., is the fourth highest peak in the UK, and you definitely need a winter coat to hike that high, even in July. It took us above the treeline, so there was no shelter from the wind. Eag a’ Chait and Loch Morlich only rose to 1860 ft, so were much warmer.

Our last climb was Ben Macdui, which rises to 4,295 feet. The mountain has no easy access, so that’s a long climb. We had hiking poles, but neither Amy nor I were in good physical shape, and for Amy especially it was slow going. From the parking lot we followed a path of wooden planks that took us to a field of boulders the size of deep freezers. We had to scramble over them using our hands as well as our feet, and in several places we had to help each other up. We scrambled up and down for a half mile until eventually we got to a magnificent frozen hillside flowing into a pond. I scrambled up there and touched it. It was pure ice from melting snow.

I had never seen anything so breathtaking in my life. To me it was the most beautiful place in the world. We got about an hour into the hike when it began to snow, and soon after Amy was not having fun. We gave into the reality and turned around at 3pm. Of course I had to support Amy, and we only had the one car, so I did the decent thing and took her back to our hotel.

Sitting with Amy over an early dinner, I was determined to go back. It was only 5pm, on one of the longest days of the year. I knew I could go a lot faster at my own Johnny Monsarrat speed. Visiting London and the UK was expensive and I didn’t want to give up. I should have done the smart thing and stayed at the hotel, but I didn’t.

I returned to the mountain.