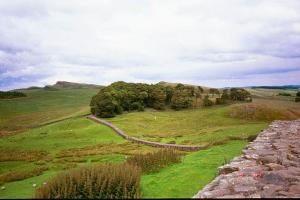 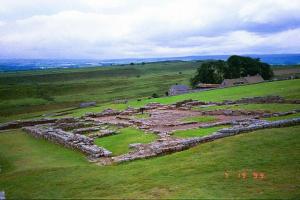 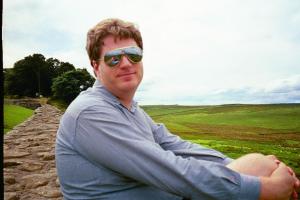 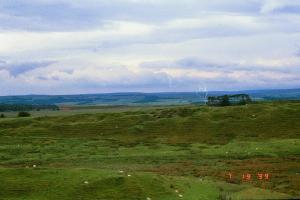 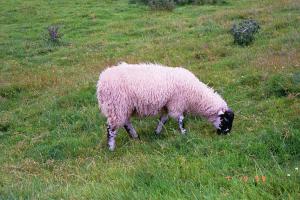 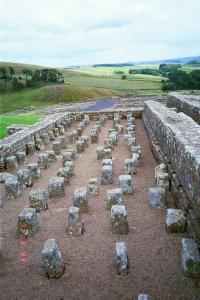 The Romans invaded Britain over and over again 2,500 years ago, during a time when there was no London and the UK was more diverse tribes rather than a country. With their superior technology, the Romans were able to project power all throughout the future United Kingdom — except for Scotland. Darn those Scots! Most of what you’ll see in Braveheart isn’t true, but what is true is that the Romans got real tired of the Scots ‘invading’ their territory.

So the Romans built Hadrian’s Wall in 122 AD, during the time that their emperor was named Hadrian. The Romans never did conquer the Scots. Having only two weeks to explore the UK, we had been running around doing perhaps too many events per day, a typical Johnny Monsarrat adventure. Here at Hadrian’s Wall, we finally made time to stop and appreciate nature. It was serene and we saw a lot of sheep. How quaint! I was surprised to find how short it was. Obviously, anyone can climb over a wall of this height (see photos), but I suppose it might keep out horses and wagons. That must have been the idea? It sure didn’t keep Johnny Monsarrat trapped!

The hills were strangely hilly. How could you farm hills like that? I wondered. Perhaps you wouldn’t, I supposed. You would let sheep graze instead. Still, I had seen Mexicans raising corn on steep slopes the previous year. It was possible. They cut notches in the hills to stop erosion and permit some flat areas. You wouldn’t want to cut notches in this pristine countryside though.